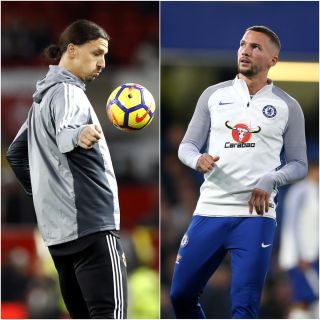 Zlatan Ibrahimovic is being linked with a return to Manchester United after his exit from MLS side LA Galaxy. The Daily Mail, which cites TuttoMercatoWeb, says the 38-year-old forward has tempted Old Trafford bosses as they search for back-up strike power. The Swede scored 29 goals during his two years in north America after leaving the Red Devils.

Burnley have not been impressed with Danny Drinkwater and are preparing to send him back to Chelsea at the end of his loan deal in January, according to The Sun. The former England midfielder, 29, has failed to turn heads at Turf Moor and has only played one game, appearing in the Carabao Cup.

The father of Neymar says he will not be sitting down with Barcelona over his son returning to La Liga. The Mail cites ESPN Brazil as saying the 28-year-old forward will be staying in France with Paris St Germain.

Chelsea have been given a pre-Christmas gift with N’Golo Kante indicating he is committed to Stamford Bridge, despite reports linking him to Real Madrid. “So, in my head, I hope to continue to have great seasons with Chelsea until 2023,” the midfielder told Telefoot, according to the Daily Mail, in reference to the end of his current contract.

Hakim Ziyech: Tottenham are set to target the Ajax and Morocco winger, 26, if Christian Eriksen leaves in the summer, according to 90min.