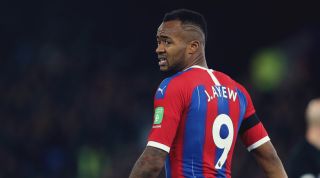 Only Norwich netted fewer goals than Crystal Palace’s 31 last season. We became the first club never to score more than two goals in a game and not be relegated. Alexander Sorloth, on loan from us to Trabzonspor, scored more goals on his own than we managed all season.

So, what’s the problem? Well, it’s partly a manager in Roy Hodgson who is highly respected but seems more than happy to end each game with the point we started with. If that involves a clean sheet, so much the better.

Jordan Ayew was the Eagles’ top Premier League scorer with nine goals, which is fair enough. It’s what you get when you spend £2.5 million on a striker – a solid, if unspectacular, return.

PREVIEW PREVIEW Premier League 2020/21: every club assessed ahead of the new season

We chucked an initial £27m at getting Christian Benteke in 2016, who has mustered six league goals in the last three seasons. He is, by all accounts, a very nice man who donated thousands of PPE sets amid the coronavirus crisis. His fellow players love him.

Unfortunately, though, I would prefer an unpopular bastard who scores 20 goals every season.

Our midfield is either unwilling to get into the box, or very willing but unable to get their elderly legs there to be much use.

SEB STAFFORD-BLOOR Are Crystal Palace finally starting to see the value in youth?

In the academy, our best prospect is a left-back, Tyrick Mitchell. Not far behind him is Brandon Pierrick, a tiny version of Wilfried Zaha who, like his mentor, seems more likely to make goals than score them.

Unfortunately, the only real solution is the one we are least likely to follow: spend, spend, spend. In our penultimate game of last season, we tamely surrendered to a Wolves team that had thrown over £200m at signing players in two years.

In the same time period, Palace have shelled out around £20m, despite raking in £45m for Aaron Wan-Bissaka last summer from Manchester United.

For once, I would like us to get in there first when it comes to our top transfer targets, offer decent money and bring in the quality we so desperately need.

If Palace try their usual trick of looking for bargains on the final day of the window, trouble sadly awaits. You can’t keep swirling around the plughole without one day being sucked in.