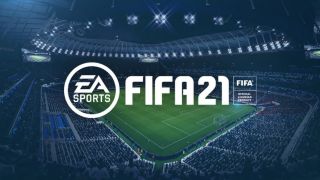 FIFA 21 is now out and – truth be told – we love it. With huge improvements to the gameplay, as well as updates to Career Mode, Ultimate Team and Volta, it's the perfect football escape while we can't go to games.

REVIEW FIFA 21 is exactly what we needed this year

But with it being out everywhere, it's not always easy to know where to look for the best deal.

And if you don't currently have a console, but are thinking about investing ahead of of winter, there's no better time to do it. Next generation consoles for PlayStation and XBox come out before the end 2020, meaning that PS4s and XBox Ones are cheaper than they've ever been.

Remember: while there are no bundle deals with the upcoming PS5 or XBox Series X yet, if you buy FIFA 21 for PS4 or XBox One, you can upgrade for free when you buy the new console.

First up, if you just want the basic FIFA 21 game, here are today's best deals:

FIFA 21: Have EA created a game better than football in the real world?

For all FIFA 21's fanfare, stadium-building and Volta silliness, it's the little things that impress most

If it's a PS4 you're after, you're in luck – there's plenty of deals where you can get the game and a console in one easy-to-buy bundle.

The PlayStation 4 is one of the most celebrated and widely played consoles in the world, with top-notch graphics and a host of online playing options.

FIFA 21 is the perfect game to get started, and these bundles comes with an array of awesome extras, from whopping great 1 Terrabyte memory cards, to free trials on PlayStation Plus, meaning you can get online and play with your friends.

FIFA 21 and XBox One

First the bad news: at the time of writing, you can't get an XBox One bundle with FIFA 21.

But the good news is you can still get great XBox One deals plus the FIFA deals we listed above.

Now the platform's most powerful and beloved model, the XBox One S provides the ultimate FIFA 21 playing experience.

Best deals for buying an XBox One S

And the FIFA 21 available on Switch isn't even the same game as on other consoles – it's a 'Legacy' edition, meaning the previous title has simply been updated with the latest kits and players. But it does mean that FIFA comes quite a lot cheaper than it does on other consoles.

But the Switch is an awesome console, which offers you the option to take your gaming on the go or playing on a TV from the comfort of your sofa. The host of Nintendo exclusive games makes it a brilliant buy.

So if you don't mind not having all the latest FIFA features, here are the best Switch deals.

All the cheapest options for the Switch online today

SPECIAL OFFER Subscribe to FourFourTwo for just £9.99 a quarter

FIFA 21 for XBox Series X pre-order: the new console is now available to buy – here's how you can play the latest FIFA on it

FIFA 21 for PS5 pre-order: the new console is now available to buy – here's how you can play the latest FIFA on it