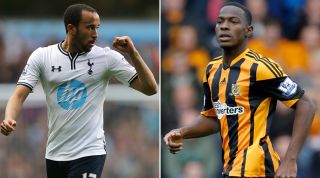 Straightforward home win... or is it? Pah, of course it is.

This writer has been stung before when it comes to calling easy home victories for Tottenham, but with a mere shrug he’s prepared do it again, goddammit (and stop talking about himself in the third person).

Spurs were picked apart on home soil by West Ham last time out at White Hart Lane, but it’s virtually impossible to see how Steve Bruce’s men could do anywhere near as much damage as their East London counterparts.

Last weekend they eased to a 2-0 win at Aston Villa courtesy of Andros Townsend’s first (unintentional) goal of the season and Roberto Soldado’s duck-breaking first from open play. It means Andre Villas-Boas’ side have kept more clean sheets than anyone else this season (5).

That’s not great news for Hull, whose nasty run of early away games means they’ve picked up just one win from four attempts on the road. The Tigers have already travelled to Chelsea, Manchester City and Everton, while a trip to Arsenal isn’t too far away. It’s a good job their home form has been so impressive.

Hull are yet to net the first goal away from home this season, although that didn’t matter when they twice came behind to beat Newcastle at St James’ Park. Steve Bruce would be a lot happier seeing his side avoiding this all-too-regular deficit going forward.

Either way, the newly promoted Yorkshiremen have an uphill struggle earning even a share of the spoils in North London. A gritty shut-out is within their capabilities, but a tall order.

Villas-Boas is faced with no fresh injury concerns, and could even welcome back all three of the club’s doubts in Younes Kaboul (muscle), Danny Rose and Etienne Capoue (both ankle).

It's a different story for Hull, though, who were rocked on Thursday with the news that goalkeeper Alan McGregor could be missing for six weeks with a thigh injury. It paves the way for the evergreen Steve Harper to make his first Premier League appearance for the Tigers.

Centre-back James Chester (hamstring) and midfielder Robert Koren (ankle) are expected to sit out at least another week, while Danny Graham (knee) is also sidelined after picking up a knee injury in last weekend’s defeat at Everton. Given he’s not scored a Premier League goal since January, though – that’s 25 games – maybe it’s not such a bad thing.

English football’s golden boy is justifying the hype of late. Sure, he can still barely register a shot on target to save his life – he’s had 20 efforts in all this season, scoring once with a cross – but the 22-year-old really is making things happen on the right wing.

Last weekend the England man terrorised Villa’s left side with his persistent drives forward, attempting 13 take-ons (of which only five were successful), creating a joint-high three opportunities and, of course, attempting five shots (four of which were out of the box).

Looking to shackle the youngster will be seasoned left-back Maynor Figueroa, a virtual ever-present under Bruce this season having started seven games since his free transfer from Wigan in the summer.

The Honduran rarely ventured forward in the 2-1 defeat at Everton last weekend, though, and that’s unlikely to change with Townsend on his plate at White Hart Lane. His passing must shape up first – he completed just 59% of his efforts on Merseyside.

While Villas-Boas’ summer was far from quiet, Spurs’ suave skipper has more or less kept things on the down-low this season. In his pre-match press conference he admitted the Premier League race was “wide open”, suggesting even Manchester United can soon enjoy their fixture list, "because they have played all of the big teams so far".

Hull boss Bruce, meanwhile, has enjoyed a better start back in the big time than he could have ever hoped for. The former Sunderland chief was furious with both officials and Gareth Barry after defeat at Goodison Park last week, but otherwise hasn’t endured much to grumble about yet.