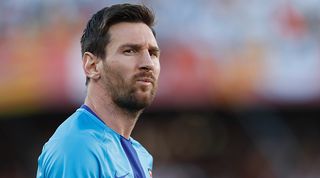 Lionel Messi has been revealed as the world’s highest-paid athlete in Forbes’ 2019 annual list of entertainers.

Messi has raked home £101 million in pre-tax earnings over the last 12 months, according to the financial authority – ranking him fourth overall behind Taylor Swift (£148m), Kylie Jenner (£136m) and Kanye West (£120m).

Messi has a contract at Barcelona which runs for another two years, and his current salary is around £64m at the Camp Nou. The Argentine also has a lifetime contract with Adidas which he renewed in February 2017 and is estimated to be worth around £9.5m annually.

The Portuguese joined Juventus in summer 2018 and took a pay cut on his old Real Madrid contract, but still pulls in £51m per year with the Bianconeri. Juve sold 520,000 shirts with Ronaldo’s name on within 24 hours of his signing.

Neymar (£83.5m) follows close behind in seventh on the overall list, despite a relatively miserable year on the pitch in which he missed Brazil’s Copa America success and watched on in horror as PSG were knocked out of the Champions League by Manchester United.

The Brazilian still has three years left to run on his eye-watering contract – estimated annual salary £56m – in the French capital, following his record-breaking £198m move from Barcelona two summers ago.

READ THIS The fall of Neymar: where PSG's ill-tempered talisman has been going wrong

No other footballer featured in Forbes' top 100.