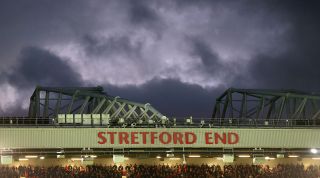 Premier League clubs dominate world football’s financial pull, making up nine of the 20 most valuable clubs in the world, according to new figures.

The annual list, compiled by Forbes magazine, shows that while Spanish giants Real Madrid and Barcelona remain the two biggest sides in the world – as far as money goes – only one other La Liga side, Atletico Madrid, makes the cut. Real Madrid are worth $4.2bn (around £3.38bn), while Barcelona come in second with $4bn (£3.19bn). Rivals Atletico are much further down, with a value of $953m (£760m).

Despite a number of on-pitch troubles over the past few years, Manchester United – who finished sixth in the Premier League last season – are still England’s most valuable club. They come third in the list behind Spain’s Clasico rivals, with a worth of $3.18bn (£3.03bn).

MORE LIKE THIS Highest-paid footballers revealed by Forbes as Messi, Ronaldo and Neymar feature

Their neighbours Manchester City, who have won four titles since their takeover by Sheikh Mansour, one of the world’s richest people, are fifth on the list – with Chelsea (sixth), Arsenal (seventh), Liverpool (eighth) and Tottenham (ninth) following in behind. Each of the Premier League’s ‘Big Six’ sides have a value of over £1bn.

Only European clubs make the cut for the top places. Germany’s Bayern Munich (fourth) and Italy’s Juventus (10th) make up the top 10, but Premier League clubs have three more representatives in the top 20: West Ham, Everton and Newcastle all appear.

The data has been compiled by Forbes from clubs’ own annual reports, Deloitte’s Football Money League reports, and the Swiss Ramble website.

The results show, unsurprisingly, that the richest clubs are getting even richer, with the value of the top 20 clubs rising on average by 3.4%.

But it will be the prevalence of Premier League clubs that will give Europe’s other top sides food for thought. With discussion of a European Super League the topic of some serious debate earlier this year, elite clubs will continue to eye the Premier League’s collective commercial strength.

But with income from those deals shared more equally than in other countries, the question remains open about whether some of England’s top sides could see a better financial future in a new breakaway league. Some Premier League owners have reportedly already privately discussed such matters, and the appearance of West Ham, Everton, and Newcastle – who have only qualified for the Europa League four times between them in the past five years – on this list of the world’s most valuable may serve to increase feeling among the Big Six that current set-up is too egalitarian.

So, while the topline from this is the Premier League’s current strength in a money-dominated game, there are also reasons to believe it will spur on those who wish to break it up.

OPINION The fall of Neymar: where PSG's ill-tempered talisman has been going wrong

QUIZ How many of the 111 clubs that have played English league football this century can you name?