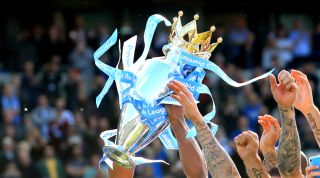 NOW TRY Quiz! Can you name the players who broke these transfer records?

Tonight's the night that Liverpool fans have been waiting for, for 30 years now.

The image of a club captain holding the Premier League trophy aloft is one that never leaves fans' minds. It's the full-stop to the campaign; the profile picture of a year of dominance.

Liverpool's captain has added his name to the long list of English title-winning skippers - we won't give away who he is - but he's in very good company, indeed.

To confirm, we're looking for the permanent captain of each team that won the title in the Premier League era (football started in 1992, remember). So whether or not that player was fit to play the final home game of the season doesn't matter for the purposes of this quiz.