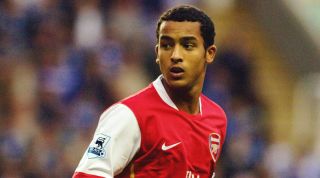 THEN TRY Quiz! Can you name the 2020-21 Premier League managers, captains, biggest signings and scorers?

Such is the football world in the 21st Century, that we'll never have another Ian Wright - a lad from south London who turned professional in his early 20s and still became top scorer for one of the biggest clubs in the world.

Football clubs are way ahead of the curve these days. Kids are initiated into academies when they're under 10 - they'll likely make their first-team debut for a club before they can legally buy a pint.

Of course, there are some players that become key to their sides, even at a young age. And those are the ones we're focusing on today.

Can you remember which players had played 100 first team games in the Premier League while you were busy getting a degree or commuting to your first proper job?