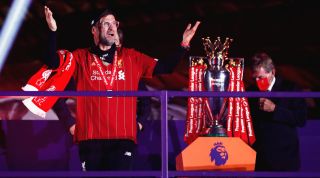 You have 10 minutes to guess 80 players and managers.

THEN TRY Quiz! Can you guess 50 correct answers in our big FA Cup quiz?

After Fulham's barnstorming extra-time performance last night, we know the identity of all 20 Premier League clubs next season.

And there are some big 'uns in there. The returns of West Bromwich Albion and Leeds United mean that we're adding two former English champions with four titles between them - and we've got some star players and established managers coming to the big-time across the board.

You've just got used to the 2019-20 line-up, but with three new sides, it's time to get memorising the key essentials of every Premier League side all over again. Who are the danger men? The fellas behind the tactics boards? The historic signings?

We've listed out the big four categories for each side. In the case of club captains, we may have referred to last season's chosen man - just because it's still not confirmed for a number of clubs as to which player will take the armband next term.