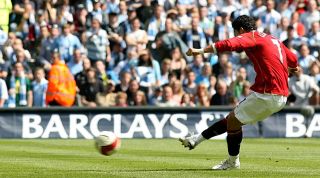 The last three Premier Leagues had been won by London clubs thanks to Arsenal’s Invincibles and back-to-back championships from Jose Mourinho’s Chelsea machine. However, Manchester United’s buccaneering young bucks bounced back in 2006/07 to wrap up the title.

However, neither man made it into double figures for the season (indeed Robinson fell nine league goals short - for shame), which is what we’re quizzing you on today. We’ve put five minutes on the clock to try to get as close as you can to all 21. Let us know how you fared @FourFourTwo, then challenge some friends while you’re at it. Good luck!

(Note: Adblockers can stop you seeing our quizzes, which is worse than conceding via a free-kick from 80-odd yards out. Please turn them off while you’re here)