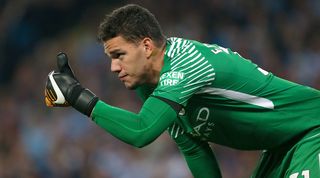 With their league form so poor, it’s not really the time to extol the virtues of Manchester United players. Neither is it easy to make a really enthusiastic case for Matic, whose role has narrowed since leaving Chelsea and who is now as passive as he has been at any point during his Premier League career.

Yet his value can be seen in the performance of others - particularly Paul Pogba, who has improved dramatically with the benefit of stability behind him. More than anything, though, Matic (ever-present through the first 22 games) has delivered solidity to a Manchester United midfield which, in previous seasons, was seemingly always under construction. Whatever criticisms people may have of Jose Mourinho, Matic has certainly done the job he was signed to perform.

Outrageous business. Gross may have been part of an Ingolstadt side which was relegated from the Bundesliga last season, but £2.5m was still well beneath his valuation - particularly in such an overheated market.

Brighton may not be the most eye-catching team in the division, they’re built on organisation rather than flair, but Gross has still stood out. His delivery from set pieces has been superb and the breadth of his passing has added a different dimension to a midfield which has been built to outwork opponents and grind its way to safety.

Identifying Burnley’s most important player is a tricky business. James Tarkowski has been excellent, so too Steven Defour, but Cork - an ever-present in the league after 22 games - has also been highly visible in central midfield.

One of the measures of Sean Dyche’s coaching acumen is how well his side congest the middle of the pitch and just how much protection his central defenders are typically afforded. Also notable is just how much better they seem to have got at that, particularly away from home, and it’s impossible to detach Cork (who cost barely £8m) from that success.

The law of averages suggests that at least one Everton transfer was likely to prove astute and Pickford is that one.

At 6ft 1in, his lack of height has always been a concern, but his reflexes and agility more than compensate. A fabulous shot-stopper, he’s been the one continuous positive at Goodison Park and, if the season were to end tomorrow, would already have a full year’s worth of highlights. He’s conceded an awful lot of goals for someone on a 'good signings' list, but that really illustrates the extent of the pre-Allardyce issues in front of him. He’s been let down. Badly.

Everton got a lot wrong last summer, but perhaps this was the most important move to get right. After all, continuity is key to goalkeeping and, provided they can fend off outside interest when it inevitably arrives, Everton might already have their No.1 in place for the next decade.

A few caveats to get out of the way: at £50m, Walker cost an awful lot of money and, yes, Manchester City have more petrodollars than they know what to do with - but not everything can be asterisked by their wealth. This looks like an excellent signing.

Most Tottenham fans, perhaps owing to the circumstances around his departure, have been waiting for the lapses in Walker’s concentration to appear and for the defensive side of his game to let him and his new side down. Neither have happened and, actually, his ability to run tirelessly into position when City have the ball has been one of the underappreciated aspects of their success.

Maguire has been a known prospect for a long time. Those with long memories might recall a particularly mature performance he gave for Sheffield United against Fulham in the FA Cup a few years ago.

He was one of the few bright spots in a doomed Hull team last season and, given what the going rate generally is for young British players, Leicester have clearly bought themselves a very capable centre-half for an initial outlay of £12m.

He’s shown a few touches of naivety along the way (getting rolled at Anfield by Mohamed Salah wasn’t pretty) but he’s been among the best in his position in the Premier League and is now at this level to stay.

When Tottenham broke their transfer record for a player with just a single season of European football to his name, it did seem as if they’d panicked after a summer of inactivity. Apparently not though, because - a few blemishes aside - Sanchez looks to be a highly complete, highly modern centre-back.

Spurs’ season has taken them to some difficult places, not least the Bernabeu, and yet Sanchez has never really missed a step. He’s had some ropey moments in the days following Toby Alderweireld’s injury, but has also adapted impressively to Mauricio Pochettino’s changing defensive system (four or three) and has been relatively untroubled by the rotating cast of full-backs outside of him.

The point is this: imagine what this 21-year-old, with his technique and set of physical abilities, might be in two or three years’ time.

Hardly cheap at £35m and, as a known commodity on the radar of most major clubs, not exactly a player plucked from obscurity. Still, talk about the right player going to the right club. Ederson looks like he was built for the specific purpose of being coached by Pep Guardiola.

The quality of his distribution and confidence in stepping up and out of his penalty box are his calling cards, but that shouldn’t detract from what a fine defensive goalkeeper he is. His nerveless passing may have begun many a City move, but his reflexes have also allowed the unbeaten streak for as long as it has.

The stoppage-time penalty save at Selhurst Park comes immediately to mind, but so too should the double save from Romelu Lukaku and Juan Mata at Old Trafford.

The outdated assumption is that Brazilian football is soft, all tricks, flicks and posing. Not so. As insomniacs will tell you, it’s furiously rugged and players who emerge from that part of the world are typically carved out of wood once they leave.

In Richarlison’s case: certainly tough enough for the Premier League and blessed with direct, thrusting pace and magnetic technique. Watford may have started to slump into their usual mid-season routine, but their winger’s form hasn’t really wavered. The Pozzo family’s ownership model is constructed on the bedrock of broad, imaginative scouting - particularly in South America - and never has it been more vindicated.

Pound for pound, there’s been no better piece of business. The accepted wisdom behind the Salah transfer was that he was recruited to provide attacking counter-weight and that, for a team so obviously reliant on Sadio Mane, he would be a useful secondary resource.

9 Premier League transfers we think will happen this month

Five months into the season, though, and he’s already a headline act - and, rather than being the fatal flaw it once was, Mane’s indifferent form and occasional absences have passed almost without mention.

More impressive, perhaps, has been the speed with which Salah has adapted to Klopp’s style of play and how quickly a chemistry has developed between him and the other attacking components.

Scoring 17 goals across his first 19 Premier League starts is a return which probably exceeded even Jurgen Klopp’s expectations, while his increasingly modest-looking £36.9m fee certainly puts a dent in the reputation of Monchi, Roma’s transfer tsar.