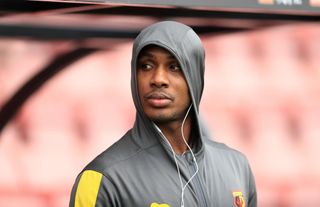 Friday proved to be the quietest transfer deadline day for many a year with just £25million spent by Premier League clubs, the lowest total since 2010.

Around the leagues and across Europe there were still eyebrow-raising signings, so here the PA news agency looks at a few of the more interesting deals.

It was the left-field signing arguably no-one saw coming. While it was obvious manager Ole Gunnar Solskjaer was in the market for a new striker, the likelihood was the Norwegian would have brought in a more well-known name. So the loan capture of a 30-year-old former Nigeria international plying his trade in China was a major surprise. The former Watford forward at least has an eye for goal, scoring 39 times in 99 matches for the Hornets, and 10 in 19 games for Shanghai Shenhua.

The 21-year-old, a South African-born Greek defender plying his trade in Germany is appreciably not someone who will have crossed the minds of Blades supporters if asked for a name to strengthen their backline. But boss Chris Wilder has often caught fans unawares with his deals, and Retsos is no exception. Wilder insists Bayer Leverkusen’s £15million capture in August 2017, who is in need of game time after injury this season, is one he has had his “eye on for quite a while”.

The fact Aston Villa signed another striker was obviously no surprise. Boss Dean Smith said he needed another player up front, even after spending £8.5million on Tanzania international Mbwana Samatta from Genk. He was linked with umpteen forwards, including Daniel Sturridge, Islam Slimani, Krzysztof Piatek, Olivier Giroud, and former Villan Christian Benteke, to name a few. So plucking Baston from Swansea on a free was startling, particularly as he cost the Swans £15.5million from Atletico Madrid four years ago.

The 27-year-old striker has found himself surplus to requirements at Cardiff this season, not playing a game for the Bluebirds since late November, and without a goal since the opening day of the season in a 3-2 defeat at Wigan. Yet new Den Haag manager Alan Pardew, who joined the Dutch Eredivisie club on Christmas Eve, must see something in Bogle, whose previous three loan deals over the past two years have yielded just six goals in 39 appearances.

You would not expect a Cameroon international playing in Ligue 1 – and with experience of the Europa League this season – to swap life in France for a relegation battle on Teesside but that is exactly what centre-back Moukoudi has done in joining Jonathan Woodgate’s Middlesbrough. The 22-year-old has played 15 times this season, including 14 starts, since a summer switch from Le Havre, with Woodgate hailing the signing as “a real coup”.