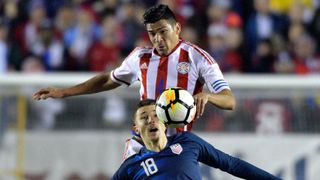 West Ham have agreed a fee to sign Paraguay international Fabian Balbuena, according to the defender's current club Corinthians.

The Brazilian champions confirmed Balbuena would travel to London to complete the deal after his release clause was met.

An international since 2015, the 26-year-old had also been linked with Dutch outfit Ajax and Portuguese heavyweights Sporting CP.

"The board thanks [Balbuena for] the services provided and wishes him luck in his new journey," a Corinthians statement read.

West Ham are due to visit Swiss side Winterthur in their first pre-season friendly on Sunday.