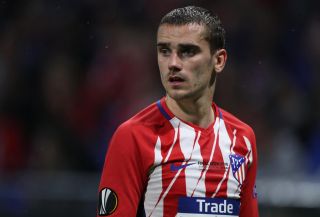 You were waiting for this. pic.twitter.com/vVR0Prmy0b— FC Barcelona (@FCBarcelona) July 12, 2019

“With his arrival at FC Barcelona, the Frenchman takes another step forward in his career with the goal of consolidating his place as one of the best players in the world,” the Spanish league champions said in a statement.

Griezmann had announced in May he would be leaving Atletico Madrid after spending five seasons in the Spanish capital.

. @AntoGriezmann: "These five years have been incredible. Thank you very much for everything, I carry you in my heart." pic.twitter.com/uz1jwQj1Sg— Atlético de Madrid (@atletienglish) May 14, 2019

Barcelona have long been linked with a move for the 2018 World Cup winner.

Griezmann moved to Atleti from Real Sociedad in 2014 and helped the club win the Europa League in 2018, scoring twice in the final against Marseille.