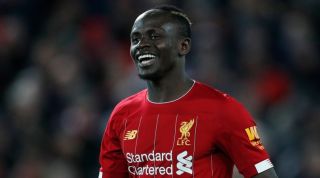 Barcelona would have to pay a world record £224m fee if they want to sign Sadio Mane from Liverpool, according to the Mirror.

This is because of a clause that was agreed between the two clubs when Philippe Coutinho left Anfield for Barca in the summer of 2018.

Coutinho was sold for £142m, but it was this agreement for premium players that could really benefit the Reds.

Apparently Barcelona have to pay £89m on top of the transfer fee for any members of their squad that Liverpool do not want to sell.

This was put in place to stop their best players being poached by the Catalan side - such as Coutinho, but also Luis Suarez and Javier Mascherano before him.

Mane is said to have a market value of £135m, meaning it would cost £224m if Barca wanted to sign the forward. This would eclipse the £200m Paris Saint-Germain paid for Neymar in 2017.

This clause has so far kept them at bay, but it was only agreed for three years meaning that it expires in the summer of 2021.