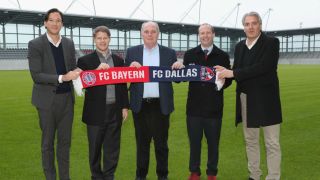 The 18-year-old will link up with the Bavarians' Under-19s team after successfully completing a trial in Germany.

Discussing the signing, Bayern's campus director Jochen Sauer said: "Chris made a very good impression. We wanted to bring him back to further develop him, exposing him to different coaching styles, opponents and environments."

Richards' move is the first to come as a result of the youth development partnership formed between the two clubs earlier this year.

are delighted to welcome Chris Richards to its Under-19s setup for the coming season joins on loan from July 9, 2018