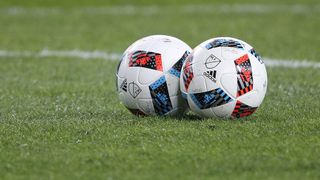 Moroccan champions Wydad Casablanca are through to the CAF Champions League final for the first time since 2011 after overcoming USM Alger 3-1 in the semi-final second leg.

Following a 0-0 draw in Algeria, Wydad took charge on home soil as Walid El Karti and Achraf Bencharki struck either side of half-time.

Ayoub Abdellaoui reduced the deficit after the hour to give the visitors hope, but winger Bencharki added his second in stoppage time to seal a showdown with either Etoile du Sahel or Ah Ahly.

Wydad's chances of claiming a second continental title did take a blow with the second half dismissal of Amine Attouchi, who was shown two yellow cards in the space of nine minutes.