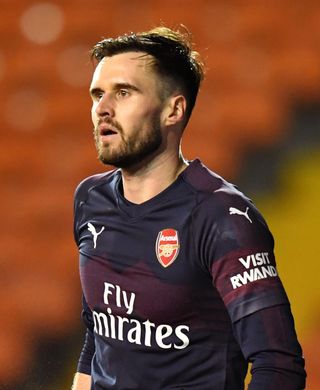 The 27-year-old defender, a senior England international who represented both the Three Lions and Finland at youth level, has moved for an undisclosed fee and signed a three-year contract at the City Ground.

Writing on his official Instagram account, Jenkinson said: “This is a message that is hard to write, so I’m going to keep it short.

“I’m leaving Arsenal in pursuit of a new challenge and a fresh start, and ultimately to play regular football again.

“I can’t really put into words what it has meant to me to play for this club, but what I can say is I have truly lived my dream.”

Jenkinson, who came through the ranks at Charlton before joining the Gunners in a £1million move in July 2011, had two loan spells at West Ham and another at Birmingham during his time with the Gunners, for whom he made 70 appearances.

Addressing the club’s fans directly, he added: “I take many great memories and friendships from my time at this special football club, and it is a chapter in my life that I will cherish forever.

“I see a great future for this club under the current manager and coaching staff, and I look forward to seeing this unfold. As for now, I’ll take my seat back in the stand, as a fan, with the rest of you.”

A statement on Arsenal’s official website thanked Jenkinson, who is available for Forest’s trip to Leeds on Saturday, for his service.

It said: “We would like to thank Carl for his contribution to the club and everyone at Arsenal wishes him all the best for his future.”