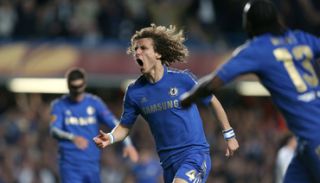 Goals from Fernando Torres, Victor Moses and David Luiz in a nine-minute spell early in the second half gave Chelsea a 3-1 second-leg win over the Swiss champions at Stamford Bridge for a 5-2 aggregate success.

APP:Europa League stats on Chelsea 3-1 Basel at your fingertips with FREE Stats Zone

The reigning European champions, the first holders of the European Cup who failed to advance from the group stage of UEFA's elite club competition, could finish the campaign with the glorious consolation of lifting the Europa League trophy instead.

Interim coach Rafa Benitez, who has been unpopular with swathes of the Chelsea faithful after he replaced the sacked Champions League-winning coach Roberto Di Matteo in November, could leave the incoming manager with a trophy to admire.

That man looks increasingly likely to be former Chelsea boss Jose Mourinho who dropped more hints about where he would like to be coaching next season after his Real Madrid team were knocked out of the Champions league semi-finals on Tuesday.

That place is Chelsea and there is no doubt the fans want him back.

As well as applauding their team's efforts on Thursday, they chanted Mourinho's name throughout the match which turned Chelsea's way after Basel went in at the break 1-0 ahead thanks to a goal scored by Mohamed Salah with the last kick of the half.

If Benitez had been worried about his team's chances at the time, he did not show it afterwards.

"To be fair we had two clear chances in the first half and we did not take them," he told ITV.

"We conceded a late goal at the end of the first half so all credit to the players because they had to come back. We got three goals, we were on top of them, we were attacking and we controlled the rest of the game."

Basel coach Murat Yakin told reporters: "We played well in the first half and I think we caused Chelsea many problems. We had lots of hope still.

"In the second half it went too fast and we were caught out ice cold but I have to compliment my players for their performance.

"We knew we had to score a goal and to not concede against Chelsea is a difficult task," Yakin said.

"The team has really grown from playing in the competition but when they came up against Chelsea, Chelsea showed how clever they are and how experienced they are. It's little details that mattered: its these details that decide matches."

Basel, trailing 2-1 after losing at home in the first leg last Thursday, levelled on aggregate when Salah scored, curling his shot past Chelsea keeper Petr Cech.

The opening goal came after a period of Basel pressure and followed a near-miss from Marco Streller who volleyed narrowly wide after 26 minutes.

Chelsea equalised when Torres scored in the 50th minute, powering a rebound off goalkeeper Yann Sommer who failed to hold Lampard's shot.