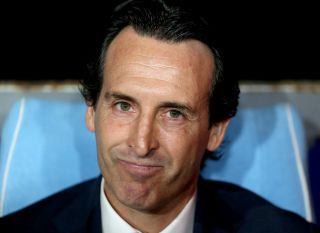 Unai Emery admits he has had to help his Arsenal players recover their confidence after consecutive defeats damaged their Champions League hopes.

The Gunners suffered a surprise 3-2 home loss to Crystal Palace last weekend before slipping to a 3-1 reverse at Wolves on Wednesday.

The results leave Arsenal fifth in the table, a point behind London rivals Chelsea in the final Champions League qualification spot.

Another tricky trip lies ahead with a game at Leicester on Sunday and Emery conceded he has had to lift his squad before heading to the King Power Stadium.

“The first target is to recover our confidence,” he said.

“We can build on this confidence each minute, each hour, each day, each week – and above all we’re training and we’re looking for a big performance for the three points.

“Individually for Sunday the first target is to think in our capacity and be consistent defensively and offensively.

“We need to adapt to them, but I think both are very important. We need to prepare ourselves and also adapt for them.”

Arsenal’s chances of leaving the East Midlands with a positive result could be boosted by the return of top goalscorer Pierre-Emerick Aubameyang.

The Gabon striker was forced to miss the loss at Wolves after undergoing a small sinus procedure.

Emery is unsure if Aubameyang will be available but is hopeful he will train on the eve of the game and push to be involved.

“He trained today and if he can train tomorrow, I think we can think he’s ready for Sunday,” added the Spaniard.

While Barcelona loanee Denis Suarez will also have a groin injury assessed, Aaron Ramsey will again miss out with a hamstring problem.

The clash with Leicester was originally scheduled for Monday night but was rescheduled after Arsenal reached the semi-final of the Europa League – their first-leg tie at home to Valencia coming up on Thursday.