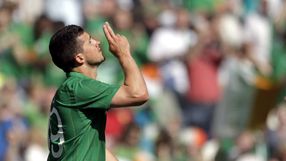 LATEST ODDS ON FINLAND VS IRELAND

Nothing less than victory will be enough for the Republic of Ireland if they are to remain in the hunt for promotion to League A of the Nations League.

Ireland collected their second point of the campaign at the weekend, drawing 0-0 with Wales in Dublin. That came just days after their heartbreaking elimination from the European Championship qualifiers, as Stephen Kenny’s men succumbed to defeat by Slovakia on penalties.

Ireland must try and put that disappointment behind them as quickly as possible. If results go their way on Wednesday, they could move to within just two points of Wales in first place of Group 4. If they don’t, Ireland could be propping up the four-team table with two games left to play.

Ireland have just one goal to their name in the 2020/21 Nations League, and that was a last-gasp equaliser by Shane Duffy against Bulgaria. Creating chances and scoring goals is a problem Kenny’s Ireland will need to overcome if the former Dundalk manager’s tenure is to be a success.

Ireland have been hard-hit by the coronavirus pandemic in recent days, with Kenny missing 13 players for the game against Wales.

Adam Idah and Aaron Connolly will at least be available here after false positive tests, but Kenny - who is still searching for his first win as Ireland boss - will have to make do without John Egan, Callum Robinson, Callum O’Dowda, Alan Browne and James McClean. Kevin Long could be available despite suffering a nasty facial injury against Wales.

A home win would see Finland keep the pressure up on Wales, who are one point ahead of them after three rounds of games.

Norwich striker Teemu Pukki is Finland’s main danger man, while Robert Taylor - a former Nottingham Forest trainee whose father is English - scored his first goal for his country in Sunday’s triumph over Bulgaria.

Kick-off is at 7.45pm BST and the game is being shown on Sky Sports Red Button in the UK. See below for watching details where you are.