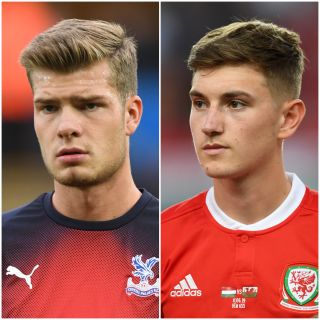 Alexander Sorloth  could be returning to England but not to Selhurst Park, reports the Daily Express. The Norway striker is on loan from Crystal Palace to Turkish side Trabzonspor, who have an obligation to buy him if he plays 50 per cent of their matches this season. Trabzonspor’s president Ahmet Agaoglu has said his club have begun discussions with Tottenham about selling the 24-year-old, who is also the subject of interest from Germany’s RB Leipzig.

Leicester are keen on Wales midfielder David Brooks but will have to hand over significant money to sign him. The Sun says relegated Bournemouth have told the Foxes they are open to selling the 23-year-old, though only for £50 million.

Arsenal have begun talks with French club Dijon about a potential deal for Iceland’s Runar Alex Runarsson, according to the Telegraph. The 25-year-old goalkeeper would be a back-up to Bernd Leno after the loss of Emi Martinez, who is the final stages of sealing his move to to Aston Villa.

Spurs want to sign a left-back before the transfer window shuts and Sergio Reguilon has emerged as a strong candidate. The Daily Mail reports Tottenham would be able to meet the Real Madrid defender’s price of £25m, with Spurs facing competition for his signature from Manchester United. Sevilla is another potential destination, after the 23-year-old had a successful spell there last season.

"Jack Grealish is another Bruno Fernandes, he can open the door and gives them the quality they need.— talkSPORT (@talkSPORT) September 14, 2020

Cengiz Under: Newcastle have asked about picking up the Roma and Turkey winger on loan, with Inside Futbol also reporting Leicester are interested in the 23-year-old.

Christian Eriksen: The 28-year-old Denmark midfielder could leave Inter Milan just months after making the move from Tottenham, according to Italy’s Calciomercato.