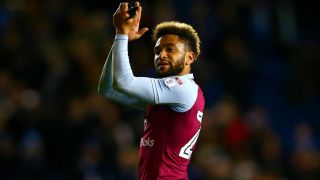 Kurzawa has suffered a knee injury during training at Clairefontaine on Monday and, despite intensive treatment, has been unable to recover in time to face Bulgaria and Belarus in World Cup qualifying.

As a result, Didier Deschamps has turned to Amavi, who is on loan at Marseille from Aston Villa.

The 23-year-old is yet to play for Les Bleus at senior level, but was previously a regular at youth levels, including with the Under-21 side.

Laurent Koscielny, Paul Pogba and Ousmane Dembele are other key names ruled out of France's key double-header due to injury.

France are top of Group A going into their final two qualifiers, but have work to do with Sweden sitting only a point behind, with Netherlands and Bulgaria also in contention.