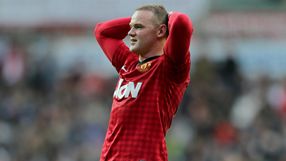 "Wayne Rooney is still out," Ferguson told reporters. "I am hoping he will start training today actually, in which case he won't be far away. I don't think it is an issue, but we need to guide him along.

"In terms of the injury he had, it's quite straightforward so if he starts today, I assume he will be available for Wednesday's replay [against West Ham]."

United winger Nani and midfielder Anderson will both return to the squad for Liverpool's visit to Old Trafford.

"Nani is back in training and will be included in the squad for Sunday.

"Anderson has been back training for 10 days now so he will be in the squad for Sunday. All in all it is quite a positive situation. It's good to have them back."

The fixture, however, remains as important as ever, according to Ferguson.

"The derby game against Liverpool never changes," he said. It's always an immensely important game - intense, emotional. We are going into the game in reasonable form."