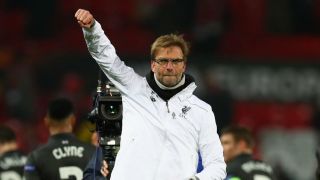 While Klopp has added defender Virgil van Dijk to his squad, Liverpool continue to be linked to numerous other players.

However, the German said it was unlikely the club would make further additions this month.

"It's not really likely," Klopp told a news conference Friday.

"Should I say 100 per cent no? But that would kill all the rumours and I don't want to do that.

"Come on, we should enjoy it another five days."

Liverpool, who are fourth in the Premier League, host West Brom in the FA Cup fourth round Saturday.

Klopp said the club had planned for the entire season and had no reason to panic in January.

"I can't forget our needs. We have a lot of games to come," he said.

"What I don't like about the January transfer window, is that very often it feels like the season is over and we didn't use players in the first half of the season so why do you need them in the second part?

"We have to plan a full year and that's what we did."