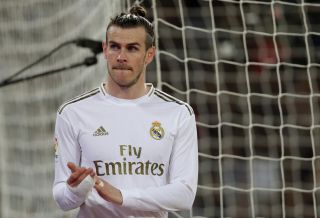 Manchester City’s Champions League challenge resumes as they face Real Madrid in the first leg of their last-16 tie at the Bernabeu on Wednesday.

How they reached this stage

Real Madrid, who are bidding for a record-extending 14th European Cup victory and a fifth in seven years, had to settle for the runners-up spot behind Paris St Germain in Group A. They finished five points behind the French side and were humbled 3-0 at the Parc des Princes. That loss in matchday one, however, was their only defeat in a group that also included Brugge and Galatasaray. This is Real’s 50th European Cup campaign and a 24th in the Champions League.

After a disappointing season last year, which was their first since the departure of five-time world player of the year Cristiano Ronaldo, Real have reasserted themselves this season. They are now a different side than with Ronaldo, having been forced to tighten up defensively because they no longer have the prolific Portuguese to dig them out of any hole. They may not be spectacular but the results had been coming until a blip in the past week. They were leading the way in LaLiga until a 2-2 draw at home to Celta Vigo and shock 1-0 loss at Levante allowed arch-rivals Barcelona, who they face next week in a crunch Clasico, to nip ahead.

City last faced Real in the 2016 semi-finals, with the Spanish side prevailing in a tight tie. After a goalless draw at the Etihad Stadium, a Fernando own goal at the Bernabeu settled the contest. City almost snatched it on away goals but a late Sergio Aguero shot narrowly missed the target. Prior to that they were drawn together in the group stage in 2012. That was only City’s second season in the competition. Real won 3-2 at the Bernabeu despite twice trailing in a game in which all five goals came in the final 22 minutes. They drew 1-1 at the Etihad.

Man at the helm

Zinedine Zidane, one of the greatest players of all-time and a World Cup winner with France, is now in his second spell coaching the club he represented in outstanding fashion during the ‘galactico’ era. The 47-year-old guided Real to a LaLiga title and an unprecedented three successive Champions Leagues from 2016 to 2018. He stepped down immediately after the third but returned to the post less than a year later after the short-lived tenures of Julen Lopetegui and Santiago Solari.

🚨 A blow for Real Madrid as Eden Hazard is diagnosed with a fractured right ankle.— UEFA Champions League (@ChampionsLeague) February 23, 2020

Karim Benzema has become Real’s attacking focal point since Ronaldo’s departure. He scored four times in the group stage and has netted 13 times in LaLiga this term. With Eden Hazard out through injury, Gareth Bale is likely to get an opportunity against Premier League opposition. The Welshman continues to drift in and out of favour under Zidane. Hazard, who is still to make his mark since his much-hyped £89million switch from Chelsea, had hoped to feature after recently returning to action but is sidelined with his second ankle injury of the season.