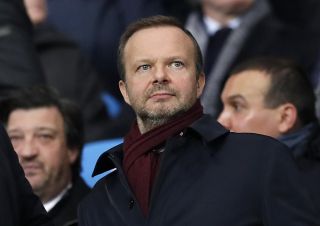 City were given a two-season ban from the Champions League by UEFA earlier this month for “serious breaches” of FFP rules.

City quickly announced they would be appealing to the Court of Arbitration for Sport and gave a robust denial to UEFA’s findings.

During a conference call with United’s investors on Tuesday, Woodward said: “I’m not going to comment on City or any other clubs relating to those events.

“But, what I will say is, I go to a lot of UEFA-related meetings, being on the ECA (European Club Association) board and also deputy chairman of the UCC SA (UEFA Club Competitions SA), which is a joint venture between the ECA and UEFA.

“And I see a strong commitment from UEFA to ensure that Financial Fair Play continues to deliver the benefits that it clearly has in the industry.

“I think it’s been beneficial overall and clearly it’s up to the regulators to manage that.”