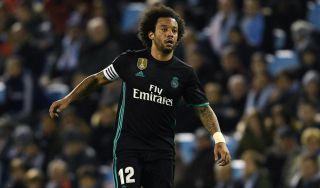 Defending champions Madrid and their stuttering season continued on Sunday, held to a 2-2 draw by hosts Celta Vigo.

Gareth Bale scored twice to cancel out Daniel Wass' opener and give Madrid the lead before half-time.

But it was not good enough for Madrid as Celta equalised in the 82nd minute via Maxi Gomez after Iago Aspas had his penalty saved 10 minutes earlier.

"We're trying to get out of this mess and we're working to do that, but we don't like this at all.

"It's difficult because the more matches you draw or lose, the more the pressure increases. We can't do anything else.

"We do what we can, we try to play good football, score goals and circulate the ball, but it's not happening for us."

Madrid, who are winless in their past four away matches in La Liga, are fourth in the league, behind second-placed Atletico Madrid and Valencia.

"There's no choice but to show your best face and fight," the Brazilian continued. "Fight and give your best so you can win."