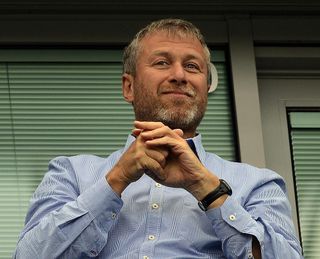 Chelsea’s billionaire owner has opted not to pay up front for a corporate hospitality box at Stamford Bridge, as revealed in accounts lodged with Companies House.

Abramovich has taken Israeli citizenship which means he can visit the UK visa-free for up to six months at a time, but cannot work in the country.

The 52-year-old has owned Chelsea since 2003 but recent issues with his UK visa had led to speculation he would seek to sell the club – though head coach Sarri insists Abramovich retains a hands-on role at Stamford Bridge.

“He has some problems now, but he is involved with the club, with the team,” said Sarri.

“He is the owner, and so he is able to influence the technical staff, the club, the players, everything I think.

Asked how much contact he has with the club’s owner, Sarri said: “More Zola than me. Because Zola speaks English better than me, of course.”

Chelsea will host West Ham on Monday night as their bid for a top-four finish in the Premier League intensifies.

Academy graduates Callum Hudson-Odoi and Ruben Loftus-Cheek are expected to play a key part between now and the end of the campaign.

Callum Hudson-Odoi has been directly involved in nine goals in his nine starts for the Blues! 🔥— Chelsea FC (@ChelseaFC) April 4, 2019

Both young English talents shone in Chelsea’s 3-0 win over Brighton in midweek, but Sarri rejected suggestions he had been urged by club bosses to hand both men more playing time.

Asked if he was under pressure to select Hudson-Odoi and Loftus-Cheek, Sarri replied: “No. It’s up to the players, they are improving.

“But at the beginning of the season, Odoi had a very great potential but wasn’t ready to play in the Premier League.

“Loftus the same. He had only to adapt to my football, to improve tactically for my football.

“Then he had a lot of problems with his back, and so we had to wait for him. But now they are fresh; they are ready.”

The World Cup winner’s contract expires at the end of the season, though Chelsea have the option to extend that deal for another year.

Asked if he wants to hold on to Giroud, Sarri said: “Yes, of course. I know the club have an option for another season, so I think he will remain.”