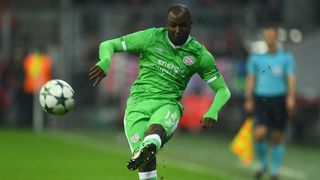 Jetro Willems has been allowed to leave PSV's pre-season training camp to discuss a move to another club, with Roma reported to be among his suitors.

The Netherlands full-back has been granted permission to skip the Eredivise side's preparations in Switzerland as a transfer nears.

A PSV statement confirmed on Sunday: "Jetro Willems has left the PSV training camp. He has been given the opportunity to complete a transfer.

"At the request of the parties, no further details are to be shared at this time."

Bundesliga clubs Freiburg and Eintracht Frankfurt have also been linked with the 23-year-old, who has been at the Philips Stadion since 2011 and is reportedly worth €9million.

However, Roma would appear to hold the greater appeal after their second-placed Serie A finish last season and subsequent strengthening under sporting director Monchi.

Istanbul Basaksehir youngster Cengiz Under became the club's fifth signing ahead of the new campaign on Sunday, joining the likes of Hector Moreno and Maxime Gonalons.