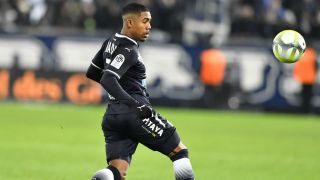 Reported Arsenal target Malcom was named in the Bordeaux starting line-up for Tuesday's Ligue 1 encounter at home to Caen.

The Brazilian forward has been heavily linked with the Gunners, who are rumoured to be seeking a replacement for Alexis Sanchez as the Chilean seemingly nears a move to Manchester United.

Last week, Arsene Wenger claimed his club were not preparing a bid, with Malcom valued in the region of €50million, while earlier on Tuesday Bordeaux president Stephane Martin was unequivocal on the subject.

"We haven't had any discussions with Arsenal. From our point of view, it's all hot air," he told L'Equipe. "They can always try, but they will have a hard time taking him from us."