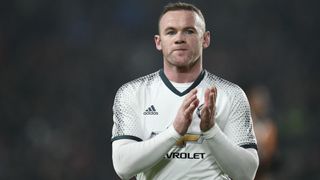 The Shanghai Football Association (FA) strongly rejected reports that either Shenhua or SIPG have made bids to lure Manchester United captain Wayne Rooney to the Chinese Super League.

United's all-time leading goalscorer Rooney, 31, continues to be linked with a move to China after manager Jose Mourinho declared he would not stand in the skipper's way.

Shenhua, who already boast Carlos Tevez, Obafemi Martins, Fredy Guarin and Giovanni Moreno, have since emerged as a possible destination.

However, the Shanghai FA dismissed the speculation and insisted both CSL clubs are committed to obeying the league's new foreign quota, which only permits three foreigners in a starting XI.

"For all we know, both Shanghai clubs in the CSL [Shanghai Shenhua and Shanghai SIPG] have finished their transfer business and there is no vacancy for foreign players whatsoever," the statement read.

"The head of Shanghai FA described the report as totally groundless and sheer fictitious.

"Both Shanghai clubs have reiterated their promise to obey those 18 new rules introduced by the Chinese Football Association [CFA] to promote the healthy and stable development of the professional football leagues."

No stranger to reports linking him with the CSL, Rooney - who was subject to a bid from Beijing Guoan before the start of the season - surpassed Bobby Charlton with his 250th United goal against Stoke City last week.

Rooney came off the bench in Thursday's 2-1 second-leg defeat to Hull City as United progressed to the EFL Cup final 3-2 on aggregate.