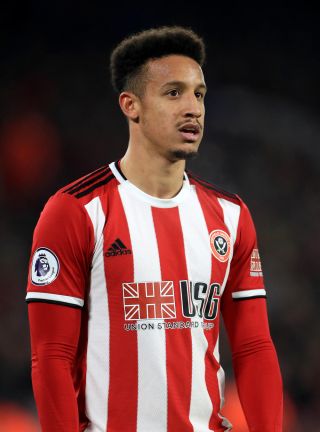 West Brom have announced the signing of Republic of Ireland forward Callum Robinson on loan for the rest of the season.

The 24-year-old, who has 12 senior caps, has joined from Sheffield United after making 16 Premier League appearances for the Blades this season.

A statement on the Baggies official website said: “Callum Robinson today joins Albion on loan from Sheffield United until the end of the season.

“The 24-year-old arrives at The Hawthorns having made 16 Premier League appearances this campaign, notably netting at Stamford Bridge as the Blades came from two goals down to earn a draw.

“A Republic of Ireland international, Callum played regular Sky Bet Championship football for Preston North End in his three permanent seasons at Deepdale, before making the move to Bramall Lane in the summer.

“A versatile forward who has been capped for his country on 12 occasions, Robinson came through Aston Villa’s academy before loan spells at Preston, Bristol City, and a second stint with the Lilywhites, helped earn him a permanent deal in Lancashire.”

West Brom were knocked off top spot in the Championship as they lost 2-1 at Cardiff on Tuesday night, their seventh league match without a win.