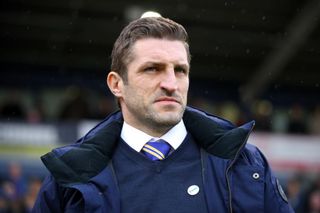 Shrewsbury boss Sam Ricketts has a full squad to pick from for Sunday’s FA Cup glamour tie against world and European champions Liverpool.

Ricketts must decide whether to give either of his January signings a debut in the televised fixture.

Blackburn defender Sam Hart, who has joined on loan for the rest of the season, was an unused substitute for Saturday’s 2-2 draw at Fleetwood.

On Monday Ricketts brought in ex-Bolton midfielder Josh Vela on a two-and-a-half year deal after he was released by Hibernian.

Liverpool manager Jurgen Klopp will rest most of his first-team players for the trip to Shropshire.

He is likely, however, to play centre-backs Dejan Lovren and Joel Matip – recently returned from injury – Adam Lallana, if he recovers from illness, Fabinho and Divock Origi.

Naby Keita could also be in line for a comeback after almost a month out with a groin problem after he returned to training.