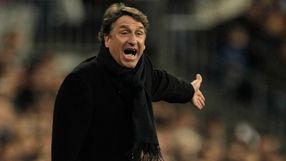 Vigo, 56, led Hercules back into the top division last season for the first time since 1996/97, and in his first away game they stunned champions Barcelona 2-0 at the Nou Camp.

They claimed notable scalps at home but struggled on the road and have been in freefall over the last couple of months, losing nine of their last 11 matches.

Hercules, who have yet to name a replacement, have 26 points, four adrift of safety with nine matches left this season.