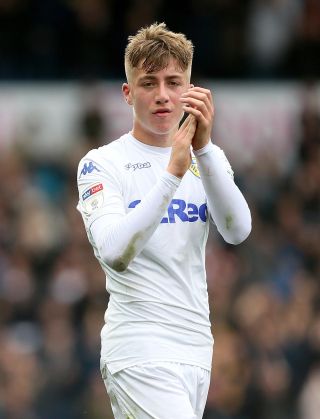 Leeds winger Jack Clarke is closing in on a move to Tottenham and has undergone a medical with the Premier League club, Press Association Sport understands.

The 18-year-old only made his senior debut for Leeds in September but impressed enough to be named the club’s young player of the season as Marcelo Biesla’s side reached the Sky Bet Championship play-off semi-finals.

It is understood Clarke’s move to north London is expected to be concluded early next week having undergone a medical on Wednesday and he is set to become Tottenham’s first signing since Lucas Moura joined from Paris Saint-Germain in January 2018.

Leeds reportedly have a first-option to sign Clarke on loan if Tottenham decide to allow him back out on a temporary basis.

Meanwhile, Spurs continue to be linked with a move for another midfielder in the form of Lyon’s Tanguy Ndombele.

“There must be substantial bids to advance with a move for Tanguy Ndombele, who would prefer to leave,” Aulas said at the unveiling of their own new signing, Jean Lucas.

“He is wanted by most of the big clubs. For now, there is nothing sorted but the door is maybe ajar.”