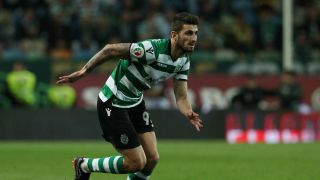 Valencia have completed the €8million signing of Sporting CP right-back Cristiano Piccini on a four-year deal.

The 25-year-old agreed a deal until 2022 on Monday, with Valencia inserting an €80m release clause into his contract at Mestalla.

It is a second spell in LaLiga for Piccini having spent three seasons with Real Betis before moving to Lisbon in 2017.

But after only one Primeira Liga campaign, the former Fiorentina youth player is back in Spain, and he is looking forward to the new challenge.

"It's a big jump, one of great pride, because I started in the lower leagues in Italy and today is one of the most happy of my life, and one of the happiest of my career," he told Valencia's official website.

"Playing [in] the Champions League is a great motivation, and, in addition, in the centennial year, which is going to be a very special year."