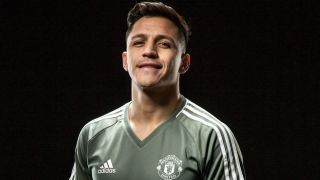 Alexis Sanchez will hope to hit all the right notes at Manchester United after his move to Old Trafford was officially announced with a musical twist.

The Chile forward - who was out of contract with Arsenal at the end of the season - has switched teams with Henrikh Mkhitaryan, the Armenian heading in the opposite direction to join the Gunners.

The long-anticipated swap deal was finally completed on Monday, with Sanchez's new employers confirming their latest recruit with a video set to the famous chant 'Glory Glory Man United'.

Take a look at how United welcomed their new addition on Twitter...