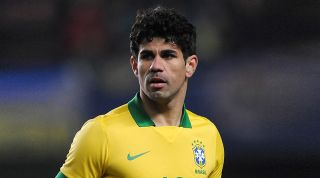 Rice has three caps for the Republic of Ireland but may still end up committing his international future to England. As the versatile West Ham youngster has only played in friendlies for the country of his grandparents’ birth, he remains eligible to switch allegiances.

Gareth Southgate is keen for Rice to represent England, and the player himself chose to withdraw from a recent Ireland squad to consider his situation. Should he change his mind, the 19-year-old wouldn’t be the first player under modern rules to turn out for two different international teams...

From an English perspective, Zaha is perhaps the most famous example of this phenomenon. He won two caps under Roy Hodgson, making brief cameos against Sweden and Scotland, but was never tied down by playing a competitive fixture.

Having been born in Abidjan, before moving over to England at the age of four, Zaha subsequently alerted FIFA of his desire to play for the Ivory Coast. Despite attempts by Southgate to convince him otherwise, the tricky forward made his second international debut in January 2017, before going on to play in the Africa Cup of Nations later that month.

Costa’s path to superstardom was far from straightforward. His true breakthrough at elite level came in the 2013/14 season, when he scored 27 league goals for Atletico Madrid – more than double his previous best. It was midway through that campaign where the Brazil-born striker decided to play for his adopted home country.

Costa had been granted Spanish nationality in July 2013 and declared his intention to represent Spain soon after, despite having turned out twice for Brazil just months before. “This is where I have done everything. All that I have in my life was given to me by this country,” sobbed the burly brute.

It was a controversial move that led to Costa being booed by local supporters as he led the line for Vicente del Bosque’s side at a disastrous 2014 World Cup for la Roja.

All but two of Russia’s squad for their shock run to the World Cup quarter-finals were domestically-based. Denis Cheryshev and Vladimir Gabulov were the two exceptions, but CSKA Moscow defender Mario Fernandes was arguably the most unusual case to consider. The Brazilian had once played a single match for his home country but was later incorporated into the Russian set-up.

Fernandes qualified by virtue of the five-year residency rule – but only granted citizenship via a presidential decree from Vladimir Putin – and made his debut in a friendly against South Korea late last year.

He started every game at the World Cup and scored a memorable extra-time equaliser against Croatia that sent the game to penalties. Unfortunately for Fernandes, he was one of two players to miss their spot-kick as the hosts eventually bowed out.

While his dad infamously failed to win a single international cap despite his wealth of club success with Manchester United, Alex Bruce went four better by splitting his appearances equally across two different countries – the Republic of Ireland and Northern Ireland.

The defender was eligible to play for either through his Bangor-born paternal grandmother, but initially opted for the Republic of Ireland, making his debut in 2007. Four years later he controversially switched to Northern Ireland, but was unable to establish himself in their side either. As he only played in friendlies, England could still swoop in to claim him.

Chadli back row, second from right

Like so many members of Belgium’s multicultural squad, Chadli was also eligible to play for another country – in his case, Morocco. The Africans came calling first, and he made his international debut in a 1-1 draw away to Northern Ireland in November 2010.

Less than three months later, Chadli won his first Belgium cap in a friendly against Finland. He’s been a regular for the Red Devils ever since and enjoyed his best moment for them at this summer’s World Cup, coming off the bench to score an injury-time winner in the second round against Japan.

Another Belgium-born midfielder of Moroccan heritage, Carcela-Gonzalez made the opposite journey to Chadli at almost exactly the same time. He won two caps for Belgium while playing for Standard Liege but changed his mind in February 2011, taking up Morocco’s offer instead.

Carcela-Gonzalez won a penalty on his debut, a 3-0 defeat of Niger, and has picked up another 21 caps for the Atlas Lions. He was part of their 2018 World Cup squad, but limited to just 15 minutes of action in defeat to Portugal which knocked Morocco out of the competition.

The well-travelled 29-year-old is currently back at Liege for a third spell, having previously played in Russia, Portugal, Spain and Greece.

During his time in charge of the USA, Jurgen Klinsmann recruited several Germany-born players to his American cause, including John Brooks, Fabian Johnson and Timothy Chandler.

Arguably the most famous of all, Jermaine Jones, wasn’t one of them – he’d made the switch before Klinsmann was appointed. The central midfielder was also the only one to have played for Germany at senior level.

Those three appearances all came in 2008, after the commanding midfielder made an impressive start to life at Schalke. However, once it became clear that Joachim Löw didn’t see Jones as a viable long-term option, he was cleared to switched allegiances and went on to win 69 USA caps.

He scored four goals too – including a fierce long-range strike against Portugal at the 2014 World Cup. That net still hasn't recovered.

Born in Sweden to Iranian parents, Ghoddos was eligible to play for either country. Sweden were the first to express their interest in December 2016 after the attacker had made great strides with Ostersund in his first season at the top level, notching 12 goals in all competitions. He played in two friendlies and even scored in a 6-0 win over Slovakia.

However, Carlos Queiroz got in touch last summer as Ghoddos wavered over whether or not to commit. He was called up by both countries but eventually chose Iran and helped his new side to the World Cup, where he featured as a substitute in all three group games.

The decorated defensive midfielder, who picked up plenty of silverware during spells at Barcelona, Inter Milan and PSG, won two caps for his native Brazil back in 2003. After failing to build on that total, Motta was later approached by Cesare Prandelli about transferring his allegiance to Italy.

The request came during his renaissance in Serie A, the season after Motta had won the Treble with Inter under Jose Mourinho. He went on to become a key component of Prandelli’s side over a number of years, helping them to reach the final of Euro 2012.

Motta retired from international football in 2016 with 30 Italian caps to his name – and the allure of wearing No.10 at a major tournament.

QUIZ! How many of these 14 defunct British grounds from above can you name?

After a long struggle to be recognised by FIFA, Kosovo finally got its wish in 2016. The ruling which allowed them to play competitive matches created a panic among several other countries, who feared that some of their players could choose to defect. In particular, rumours swirled around the futures of prominent Kosovar-Albanians like Xherdan Shaqiri, Valon Behrami and Adnan Januzaj.

While they stayed with Switzerland and Belgium respectively, several others elected to represent Kosovo instead. Valon Berisha, who had previously won 20 caps for Norway, was arguably the most prominent example – although his brother Veton decided to remain with the Nordic nation.

Berisha, currently of Lazio, even scored on his Kosovo debut in a World Cup qualifying draw with Finland. He won his 10th cap against the Faroe Islands in October.