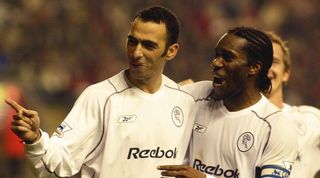 You have six minutes to guess 36 teams.

One of the great things about the Premier League is that it allows for relegations and promotions.

It's something we take for granted. They don't have it in the MLS, for example: it means that theoretically, any club in the football pyramid could be crowned champions of England.

While it's great for Football Manager, it also means that periods in time become defined by the clubs that were in the league. When you were growing up, there were certain teams that played top tier football that don't anymore.

Today, we're asking you: who were the top tier sides during the noughties? There were 36 in total.