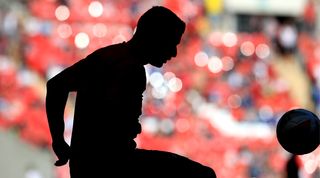 For the first time in a Premier League season, two clubs scored 100+ goals as Manchester City and Liverpool ended the season first and second respectively. First place actually changed hands 25 times in 2013/14, with Arsenal – who eventually finished fourth behind Chelsea – clocking up the most weeks on top.

Elsewhere Manchester United finished seventh after it became apparent that David Moyes wasn’t quite the second coming of Alex Ferguson and Sunderland – bottom in April – pulled off a late escape to finish in 14th.

Yet just because it was an eventful season doesn’t mean it's reflected by a host of players reaching double figures. Just 18 footballers hit 10+ league goals that season – including three each from Liverpool and Man City.

We’ve giving you five minutes to get as many as possible. Tell us how you did @FourFourTwo (we’ll retweet the best scores if you don’t give any answers away), then challenge some amigos too.