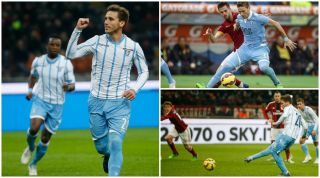 Over the years, Real Madrid have acquired a reputation for selling some of their most effective players simply because they don’t immediately stand out. A lack of jet-heeled pace, dazzling skill or good looks can shorten a career at the Santiago Bernabeu. Hence, it often tends to be that the defensive midfielder, that noble, unnoticed yet integral player, pays the ultimate price.

If there were to be a series of films made about Madrid, the recurring theme would be that the defensive midfielder gets killed off first. In 2000 there were fan protests as Fernando Redondo was flogged to Milan. In 2003 Claude Makelele left for Chelsea as Real replaced him with David Beckham, prompting Zinedine Zidane to remark: “Why put another layer of gold paint on the Bentley when you are losing the entire engine?” One year later they allowed the undervalued Esteban Cambiasso to depart for Inter on a free.

Even as recently as last summer Xabi Alonso was sold to Bayern Munich, where the Spanish pivot would go on to break Bundesliga passing records. However, new Real Madrid manager Rafa Benitez appears keen to buck this trend, with speculation suggesting he’s very keen to sign Lazio’s Lucas Biglia.

Everything about Biglia is quiet. He makes few headlines and, on those rare occasions when his name does appear anywhere near the back pages, it’s primarily transfer related. The Argentine stays away from the spotlight on the pitch, too, with his deep-lying role dictating that he keeps things simple. Combine that with his diminutive 5ft 9in stature and you have the makings of a footballer who could easily bypass attentions.

Biglia arrived on European shores in 2006, joining Belgian giants Anderlecht after impressing in his homeland with Independiente. He spent seven years in Brussels before signing for Lazio in summer 2013, where he became yet another impressive purchase for sporting director Igli Tare and his growing list.

It’s with Lazio that Biglia has finally had the opportunity to flourish in a big league environment. At the base of midfield, the Argentine was a crucial figure in Lazio’s return to prominence last season, helping the club to a third-place league finish that ushered in the prospect of Champions League football for 2015/16.

Playing at the heart of a five-man midfield, he was perhaps overshadowed by the considerable attacking zest of young Brazilian Felipe Anderson and Italy international Antonio Candreva, though in this case it’s Biglia who could end up earning the big-money move. Madrid are said to have joined Manchester United in the hunt for Lazio's diminutive midfield battler during the summer transfer window.

He hardly fits the Galactico bill, but Biglia has emerged as one of Benitez’s prime targets, presumably having impressed the tactician during his spell in Italy with Napoli. It’s believed that Benitez intends to give time to the likes of Asier Illarramendi, Lucas Silva and Casemiro before moving for an additional midfielder, but if none of the three impress during pre-season his interest in Biglia will only intensify.

The 29-year-old would certainly bring something different to Madrid’s midfield, which was generally populated by ball players and smooth technicians last season. Carlo Ancelotti used the velvet touch of Toni Kroos at the base of his three-man midfield, with two of Luka Modric, Isco or James Rodriguez in front of the German. Whoever played, the triumvirate was an amalgamation of scintillating passes and lustrous moves. Without the ball, it wasn’t quite such an effective unit. And that’s where Biglia would come in.

While lacking the sheen of his potential future colleagues, Biglia is an unfussy and intelligent distributor who relishes a tackle. Only three players averaged more passes per game in Serie A last season, yet his completion rate was an admirable 88%. Meanwhile, only Udinese's Allan achieved more tackles per match.

He could be the perfect foil in Madrid, bringing solidity to the midfield. While he won’t contribute much in the attacking phase by way of assists or goals, the South American could provide greater balance.

On the back of one of his best seasons at club level, Biglia established himself in Argentina’s starting line-up over the course of this summer’s Copa America in Chile, stepping in for Ever Banega to add defensive solidity alongside Javier Mascherano. Real Madrid’s attacking strengths need no introduction, and Biglia is already used to providing unfussy protection for a stellar front-line.

Benitez has always been keen on the combination of flair and function in his central midfield. When leading Valencia to their first Spanish league title in 2002, he did so with David Albelda and Ruben Baraja in his engine room. At Liverpool he intertwined Xabi Alonso with Mascherano, and at Napoli found use for Gokhan Inler and Walter Gargano. Looking at Benitez’s past tactical choices, it seems illogical that he will continue with Ancelotti’s strategy of playing three from Kroos, Modric, Isco and James Rodriguez.

While Benitez and Ancelotti are alike in their preferences for attacking football, the former is more pragmatic in the way he sets his team up. While this may not quite suit the sexy Real Madrid brand, it could well prove more effective in getting results. The efficacy of the workmanlike Biglia isn’t what the club is used to shelling out for, but it’s what Benitez seems to desire.

Lazio are reportedly holding out for an offer in excess of £20 million, though other stories in Italy suggest they may first offer him a new deal to 2020. “I will soon be in Italy for talks with president Claudio Lotito,” said the player’s agent, Enzo Montepaone, before Saturday’s Copa America final against Chile.

Whether Manchester United want to go toe-to-toe with the Spanish giants for his signature remains to be seen, but one thing clear is that Lucas Biglia is a wanted man. And with good reason, too.

Get the inside track on this summer's top transfer targets on FFT.com