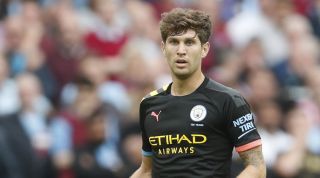 Stones has fallen out of favour at Manchester City and the club are reportedly willing to let him go in the summer.

According to 90min, Arsenal are keen to offer Stones a fresh start in London and could make a bid.

The England international signed for City in 2016, joining from Everton for £50m - which makes him Pep Guardiola's fourth most expensive signing at the club.

But Stones' performances are understood to have been viewed as under par and Guardiola has lost faith.

However, Arsenal boss Mikel Arteta still believes the 25-year-old has a lot to offer and is reportedly ready to give him a chance.

Arteta worked with Stones at Man City during his three-year stint as Guardiola's assistant manager.

It's believed that Arteta has a knack for working with individual players and sees room for improvement where other coaches do not.

The Spaniard was credited with much of the improvement that was seen in players such as Raheem Sterling and Leeroy Sane.

Arsenal could be the perfect fit for Stones as he looks for a resurgence in a career that appears to be plateauing.

Although, if the Gunners want to secure Stones' services, they will likely have to pay the same amount as City did in 2016.

The Citizens are planning a defensive overhaul and are said to be looking at bringing in two new centre-backs.

Along with Stones, Nicolas Otamendi could also be sold in the next transfer window to make room for new arrivals.