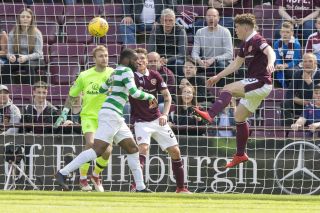 Hearts striker Euan Henderson has signed a two-year contract extension with the club.

The 19-year-old agreed the deal, which will keep him at Tynecastle until 2022, despite the club’s relegation from the Scottish Premiership.

Henderson joined the club’s academy in 2014 and made his first-team debut three years later on the last day of the season at Celtic.

✍️ @euan_henderson has signed a two-year contract extension, keeping him at Hearts until 2022 👏— Heart of Midlothian FC (@JamTarts) June 10, 2020

He has flourished under new boss Daniel Stendel, making 11 appearances this season prior to the coronavirus shutdown.

Hearts chiefs are currently weighing up a potential legal case following their official demotion from the top-flight last month.