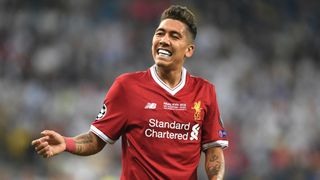 Liverpool's vaunted attacking trio will be incomplete on their pre-season tour of the United States with Roberto Firmino given time off after the World Cup.

Jurgen Klopp has granted the forward an additional rest period following Brazil's quarter-final loss to Belgium, meaning he will not yet reunite with Mohamed Salah and Sadio Mane, who both form part of the touring party.

Firmino is instead scheduled to link-up with his team-mates for a four-day training camp in France at the end of July.

"Bobby will be in for the second camp," Klopp told Liverpoolfc.com.

"Then we have the English guys, Simon and Dejan [to] come another week later.

"We'll already be back from France and will have exactly one week to prepare [for] the game [against West Ham]. That's no problem."

The Reds have two friendlies to come, against Bury and Blackburn Rovers, prior to departing.