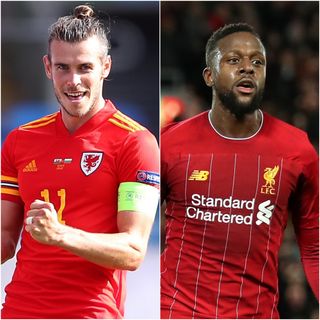 Manchester United’s inability to sign Jadon Sancho could lead to the club making an offer for Gareth Bale. According to The Sun, the club has just about lost patience in their pursuit of Sancho and are instead ready to pivot to a short-term deal for the 31-year-old Real Madrid forward.

Fenerbahce has reportedly approached Liverpool about the status of striker Divock Origi. The Daily Mirror reports the Turkish club is one of a number of teams believed to be interested in the 25-year-old, including Aston Villa, Newcastle and Brighton.

The Evening Standard says Arsenal goalkeeper Emi Martinez is on the verge of completing a £20million move to Aston Villa. The 28-year-old opted to leave Emirates Stadium at the end of last season in search of regular first-team football – which the papers reports he has been guaranteed by Villa bosses.

According to the Standard, West Ham are mulling another offer for Burnley defender James Tarkowski after their earlier bid was rejected. The 27-year-old defender is believed to be a priority target for West Ham manager David Moyes, with any further offers expected to amount to £30m after add-ons.

Thiago Alcantara: Liverpool are waiting until the final week of the transfer window to make a move for the Bayern Munich midfielder, according to talkSPORT.

Jose Gimenez: AS reports Manchester City have made an £82m offer for the Atletico Madrid defender.