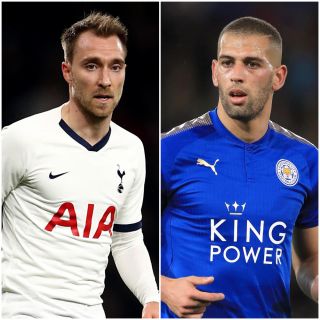 Speculation about the future of Tottenham attacker ChristianEriksen continues, with the Daily Mail reporting that Inter Milan want to bring in the Denmark international in time for their game next Sunday. Eriksen, 27, has been on the books at Spurs since 2013.

Sticking with Spurs, and the Daily Telegraph reports that Jose Mourinho’s side are interested in making a move for IslamSlimani. The 31-year-old is currently on loan at Ligue 1 side Monaco from Leicester and has scored seven times in 13 league appearances this season.

Manchester United’s move for Bruno Fernandes appears to have stalled, but the 25-year-old has told Sporting Lisbon he is desperate to leave for Old Trafford, reports the Daily Mail.

Leicester and Aston Villa will tussle for the signature of forward SerhouGuirassy, reports the Daily Mail. Guirassy has been a youth international for France and is currently playing for Amiens.

Bruno Guimaraes: Arsenal will have to battle Lyon for the signature of the Athletico Paranaense defensive midfielder, reports L’Equipe.

Edinson Cavani: Atletico Madrid have made an £8.5million bid for PSG and Uruguay striker, says L’Equipe.