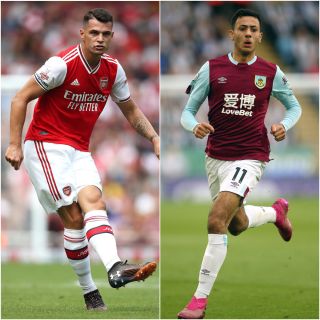 Arsenal could look to sell Swiss midfielder Granit Xhaka in January after he was stripped of the captaincy, according to the Daily Mirror.

Manchester United are monitoring the progress of Burnley and England Under-21 winger Dwight McNeil – having released him from their youth set-up five years ago, The Sun reports.

John McGinn: Aston Villa will turn down any offer made by Manchester United for the Scottish midfielder, the Birmingham Mail says.

Kai Havertz: Barcelona will watch the Bayer Leverkusen midfielder, 20, in this week’s Champions League game against Atletico Madrid, according to ESPN. The German is also, reportedly, a Manchester United target.