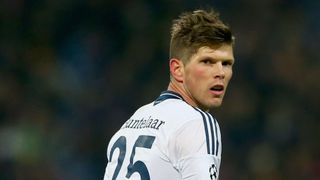 Ajax have completed the signing of Klaas-Jan Huntelaar on a one-year deal.

The experienced attacker was available on a free after leaving Schalke at the end of his contract and has now sealed a return to the Amsterdam ArenA.

Ajax were keen to add another striker to their squad to serve as back-up to first-choice number nine Kasper Dolberg and had long been linked with Huntelaar.

The 33-year-old previously wore the Ajax jersey between 2006 and 2008, scoring 105 goals in 136 appearances in all competitions, and will now be looking to help the club to their first Eredivisie title since 2014.

"It's no secret that Ajax are my club, so I am incredibly happy with my return," Huntelaar commented on his move.

"My role is pretty clear, but I did not come here just to take it easy and retire here. Ajax played nearly 60 games last season and you need more than one striker for that. I have no doubt about it that I will get plenty of playing time.

"I am in great shape physically and I am already looking forward to the start of pre-season.

"The goal is win the Eredivisie title next season."

Huntelaar started his professional career with PSV and also represented De Graafschap, AGOVV and Heerenveen before joining Ajax for the first time.

He represented Real Madrid, AC Milan and Schalke after his time in the Dutch capital.