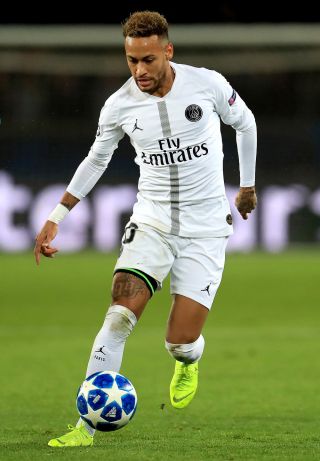 Barcelona defender Gerard Pique has urged former team-mate Neymar to speak out if he wants to return to the Catalan club.

The 27-year-old Brazil forward has been linked with a return to the Nou Camp, possibly initially on loan, following his world-record £198million move to Paris St Germain two years ago.

Pique, speaking in Miami on his club’s pre-season North American tour, did little to quell the speculation.

“I think he’s a great player, he knows the dressing room, the city and the club,” the Spain international said, quoted by sport.es.

📡 @3gerardpique on Neymar Jr's possible return: "He's a great player who knows the dressing room, the city, and the Club. It's a complicated transaction and it must be he who decides." pic.twitter.com/hOayiqY5UJ— FC Barcelona (@FCBarcelona) August 6, 2019

“It is a complicated operation. He is a PSG player and the squad we have now is important enough to challenge for all titles.

“If the opportunity arises, you already know the relationship I have with him, and I would be delighted if he returns, but he is a PSG player. A personal opinion does not change anything,

“Of course we talk to him. It is also not appropriate to say what we are talking about. If he wants to express himself or give his opinion, he has to do that. He is a ‘crack’ on and off the pitch and we are waiting for developments. I cannot say more.”

The pair have not always been on the same page, however.

Pique posted a picture of himself with Neymar on social media in July 2017 alongside the words “Se queda” (“He stays”). Just over a week later, Neymar joined PSG.